This isn't the toy I was talking about

That one was a 1/24 scale Tamiya Mitsubishi and yes that was like four months ago and no I haven't finished building it. I got like 3/4 of the way through and put it back in the box. I'll finish it eventually but I just really don't want to do it right now becaaaause 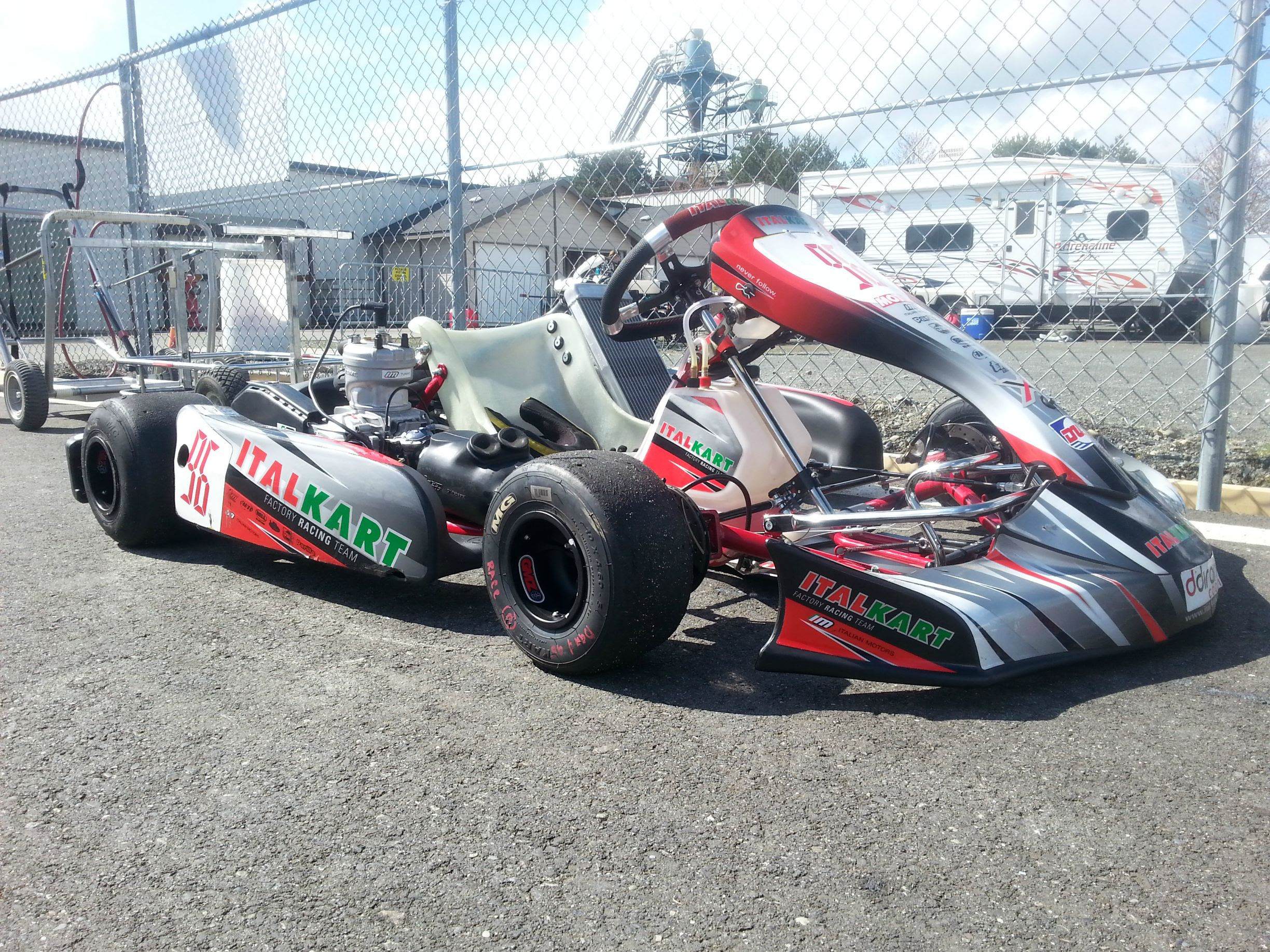 I've been wanting to get into karting since the ol' pre-teenager days and finally had the opportunity to pick one up with moderate parental approval.

Specs and then I'll talk about it. 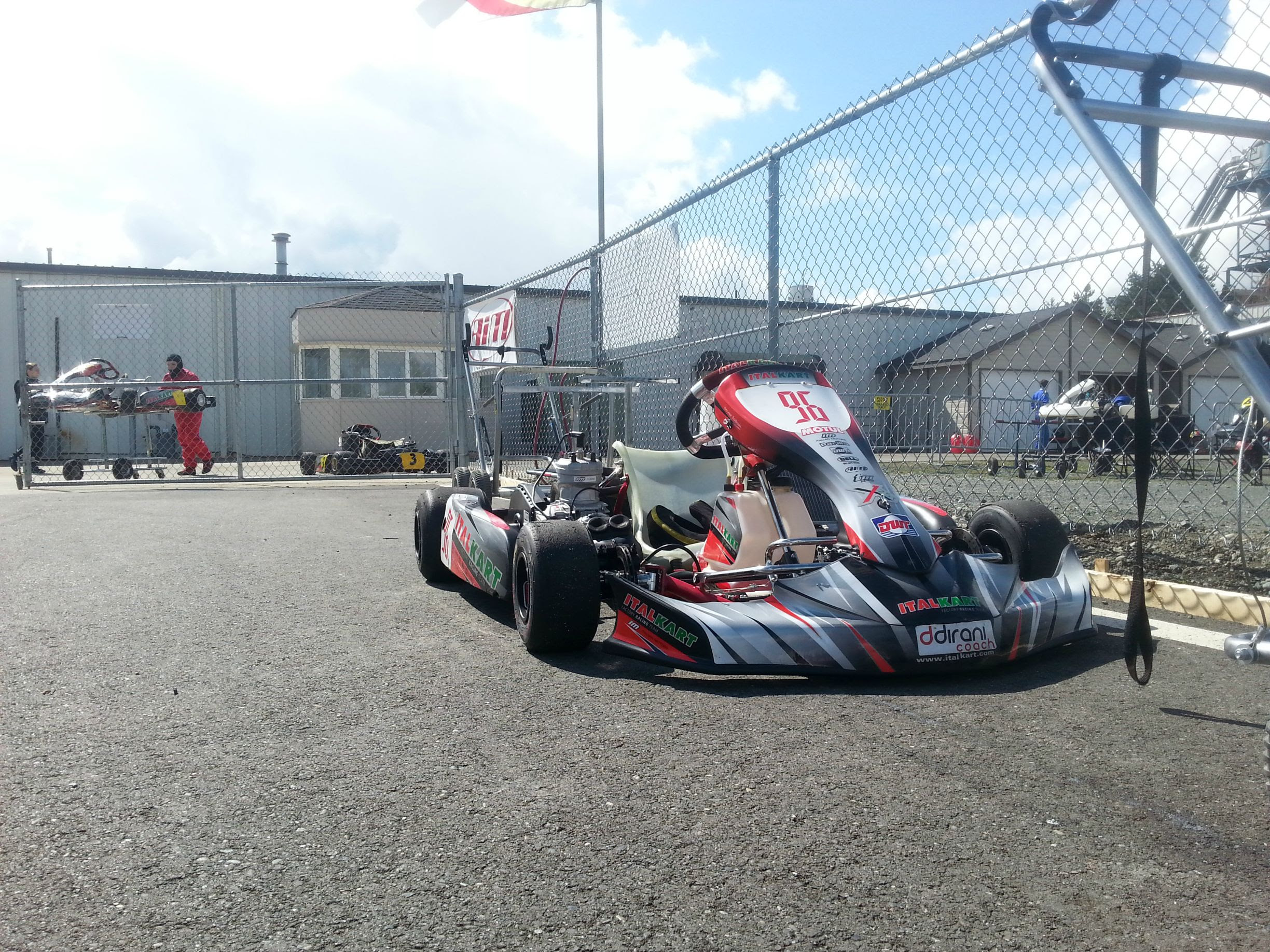 I had a couple of my friends over about three weeks ago so I could swap their winter wheels over to their summers. My dad walked into the garage and said that my neighbor Doug was working away in his garage and that I should go over and talk to him about getting into karting if that was still something that I wanted to do. We finished up what we were doing so my friend and I walked over to Doug's to have a chat. Doug's the guy that owns the garage that I posted pictures of a while back - the one with the orange Cobra. He's raced for a good chunk of his life and offered to ask around to see if anyone was selling a package so I could get started. 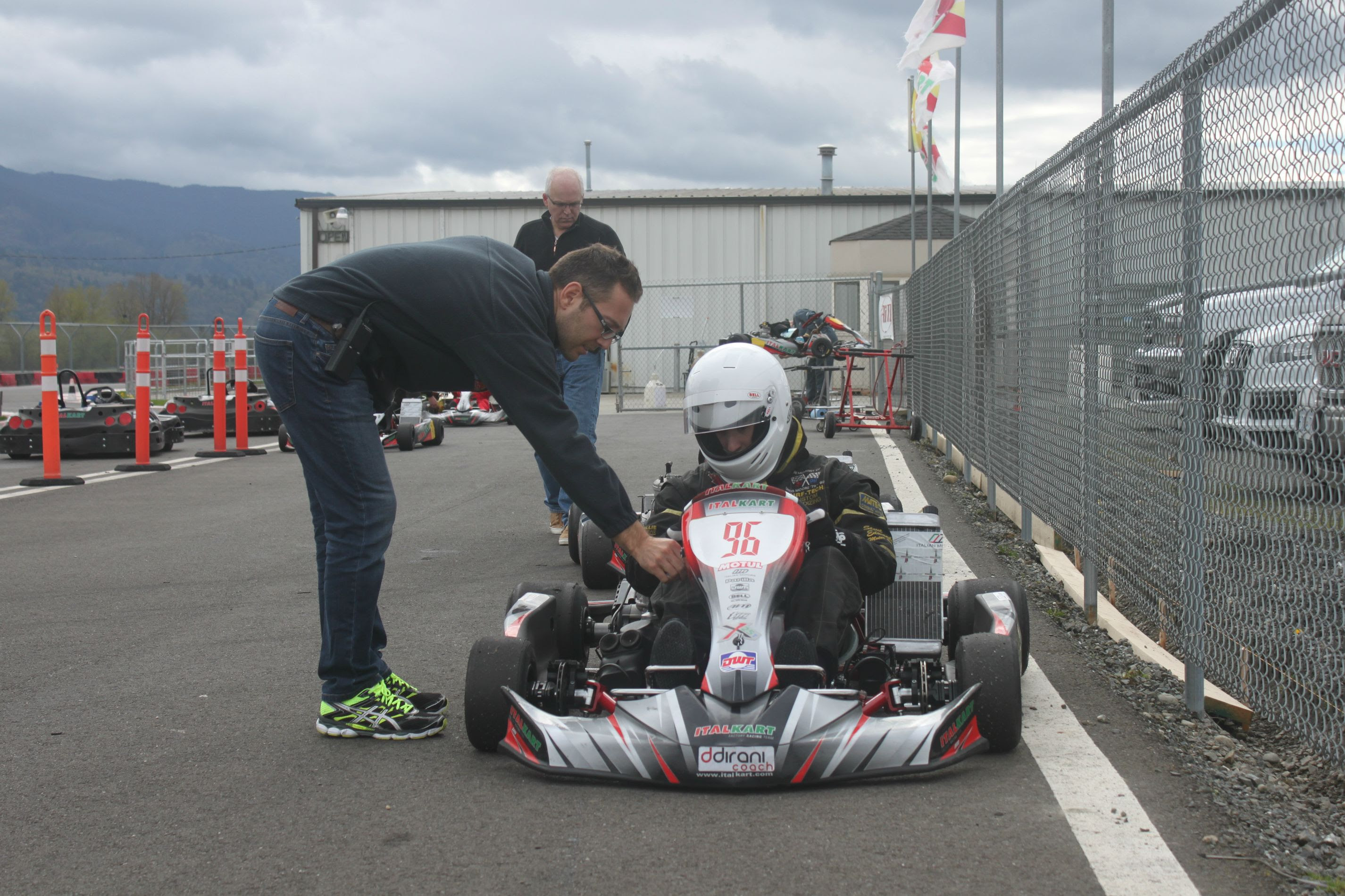 The next weekend Doug, my friend Steven, and myself were down at Sumas International Motorsport Academy checking out a few carts. Michael Valiante who'd just come back from racing in the 12H of Sebring showed us around and had a couple of strong packages to consider. Thirty minutes later I was getting my ass handed to me purely on the physical involvement in karting I never knew existed. Wasn't expecting the acceleration, stopping power, or the levels of grip they give. I was addicted before I was done my out-lap. 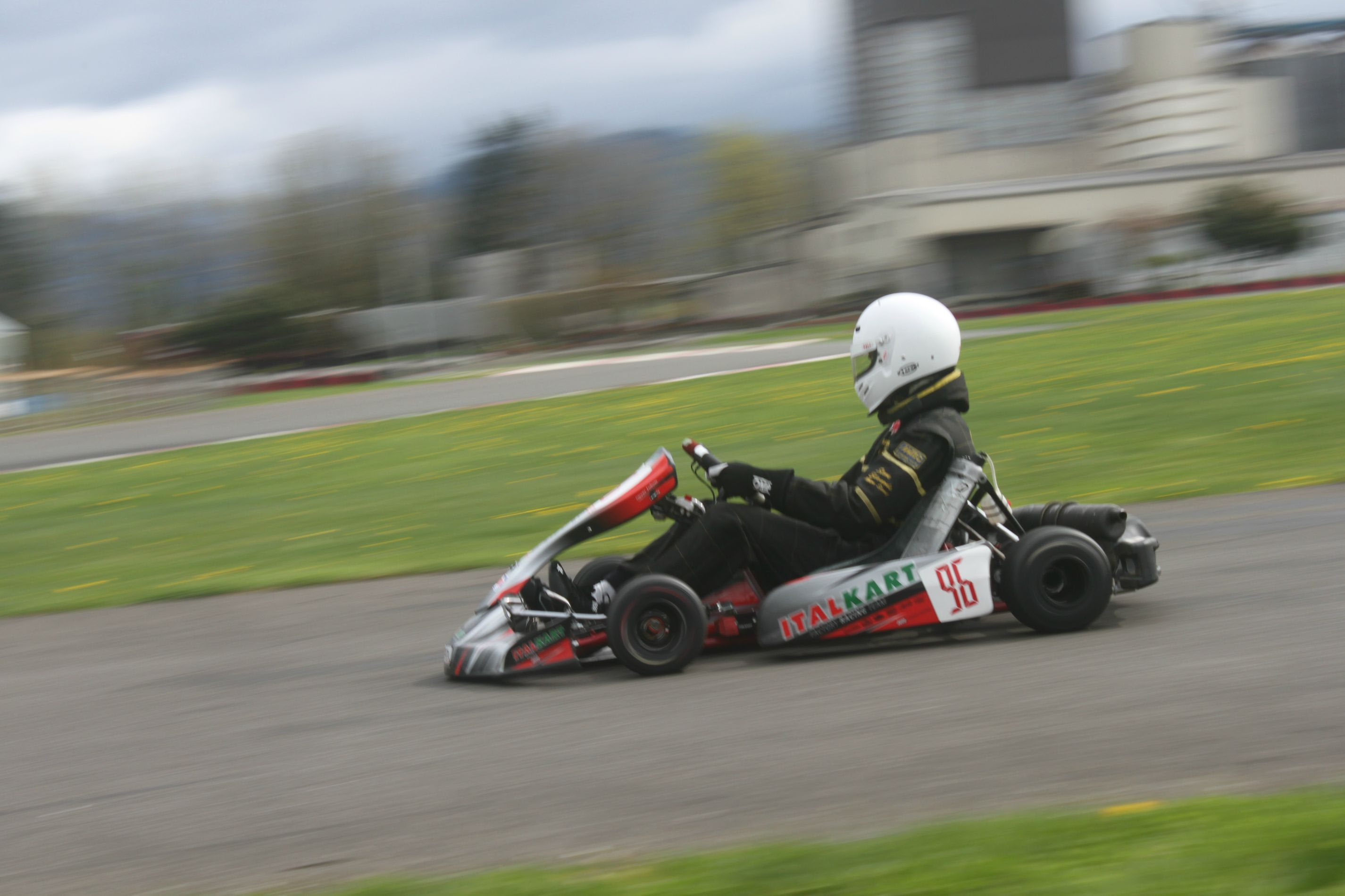 Finished the day off and had the kart paid off a few days later. Michael and all the guys and girls at Italian Motors have done a fantastic job making sure that I feel comfortable in the kart and have led me in all of the right directions, pushing me to get into my first race as soon as I can. I was out on track yesterday for about an our or so over the course of fourish hours. My pace is mediocre at best but after watching my GoPro footage and comparing it to Italian Motors factory drivers footage, I have a good idea of where I can make up some time. 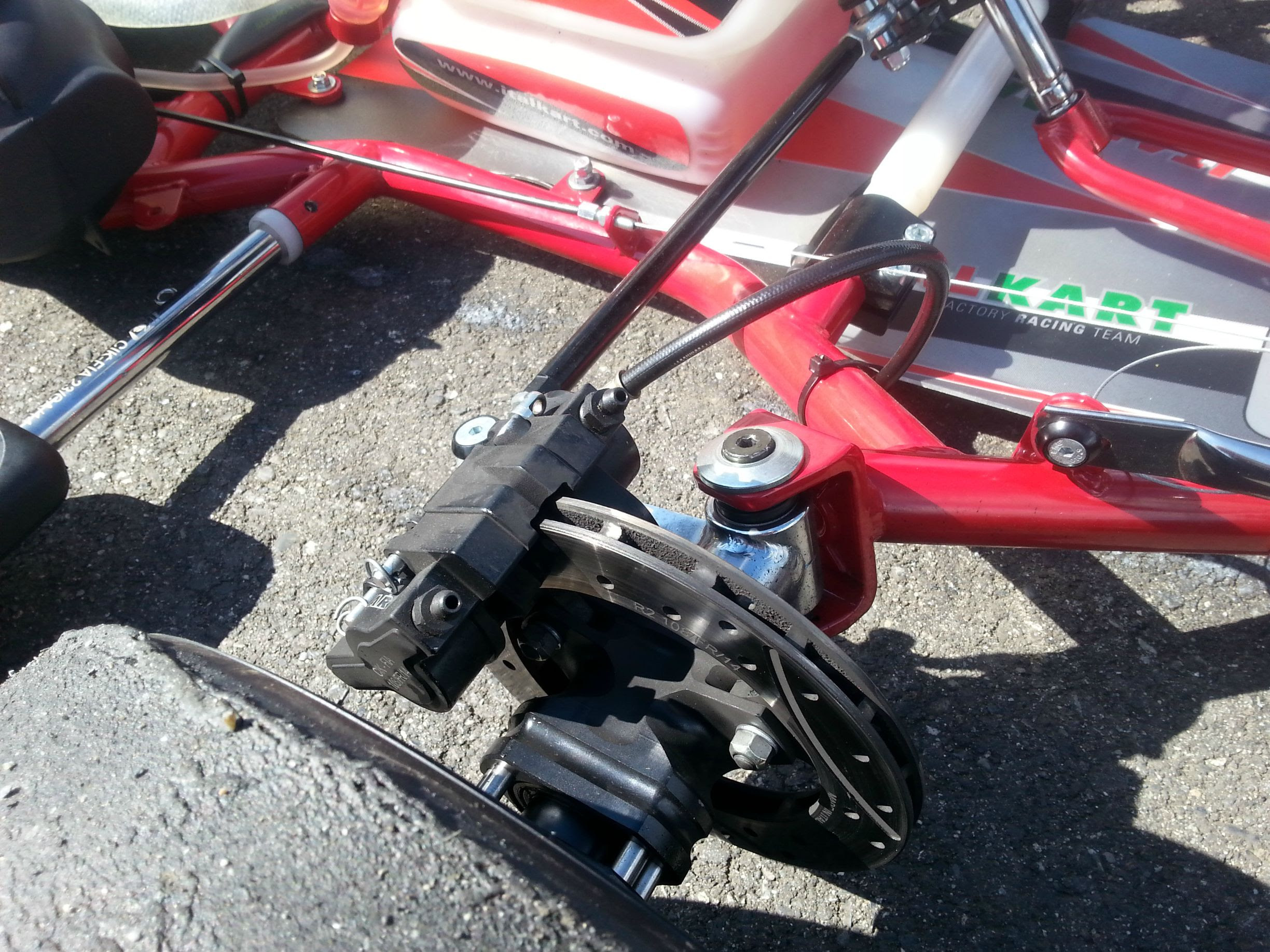 The karts themselves are just too damn cool. The exposed spinning mechanical parts would be distracting on track if you didn't need to concentrate so hard on keeping your head attached to your neck anytime you give inputs through the kart. It's properly involving. I was running laps yesterday with a physician who was telling me that when he strapped himself up with sensors and monitors, his heart rate was hovering around 150bpm and was spiking 3g of force. I know I sound like a massive fanboy but you really have to try driving one of these before making criticism. 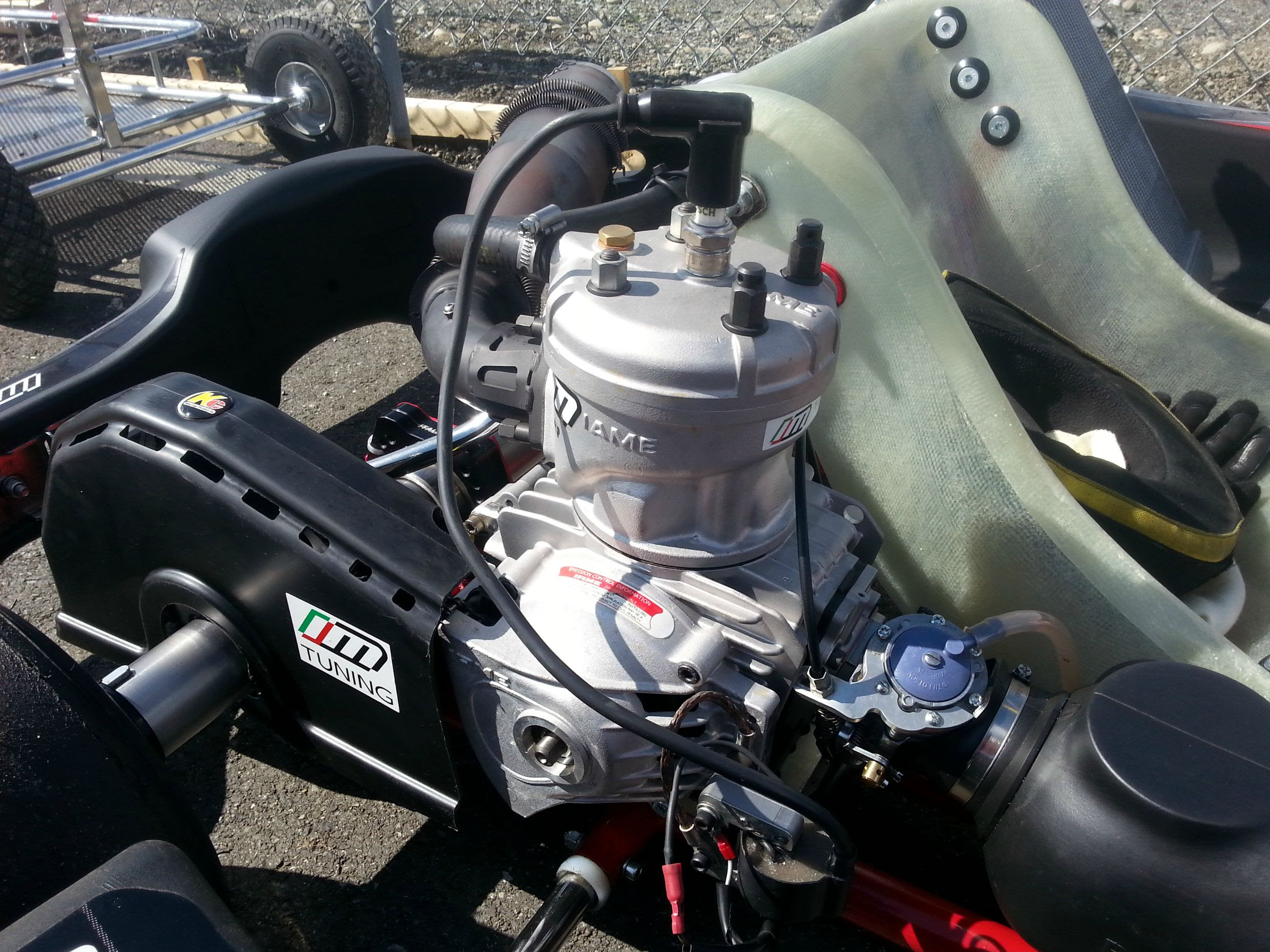 Overall I'm super excited to head to the track whenever I can. Very well organized facility and a positive atmosphere around the entire paddock. I have tons to learn and still need to pick up a couple odds and ends but still pumped to finally be in the sport I've been wanting to do for so long. 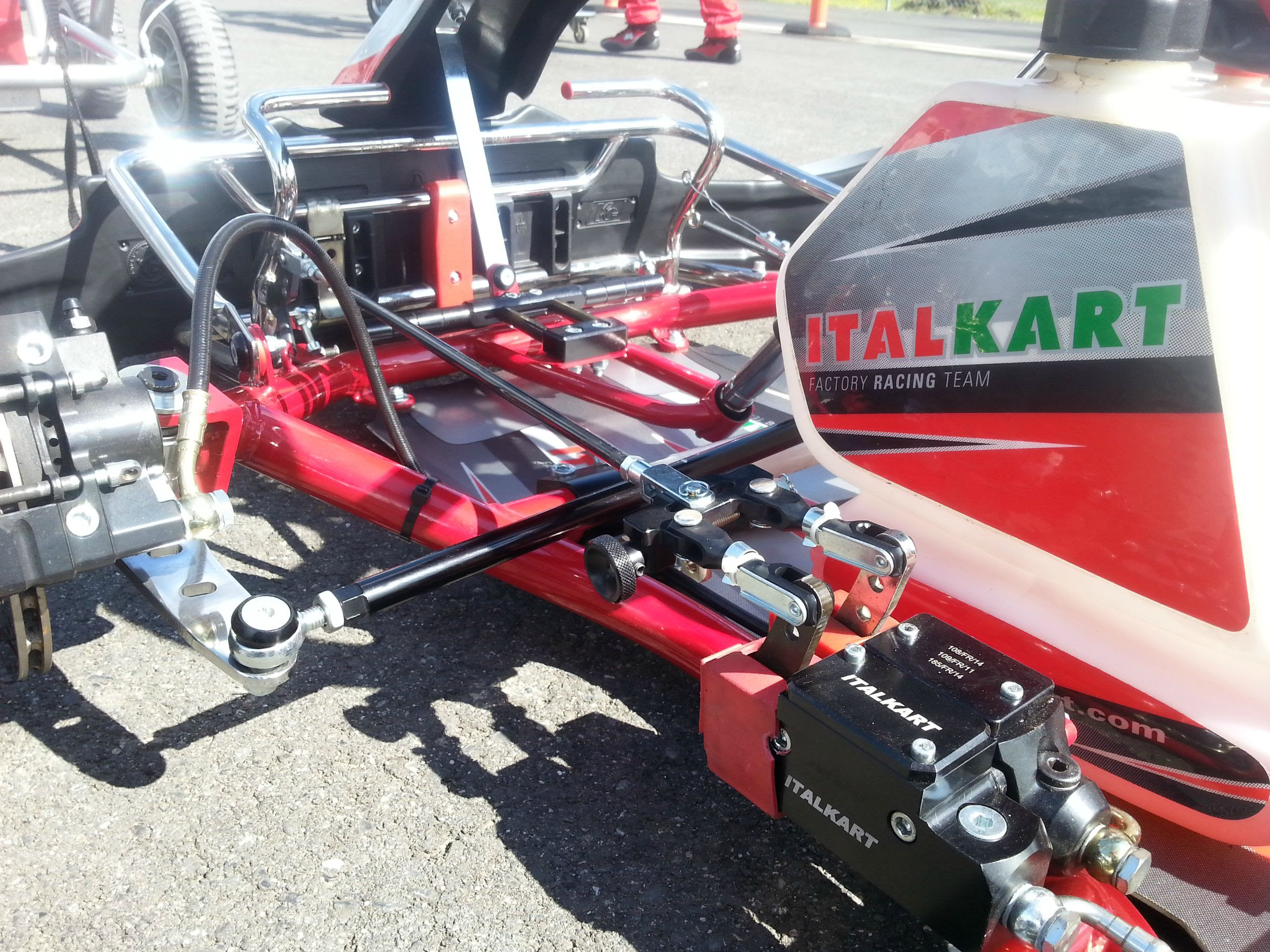 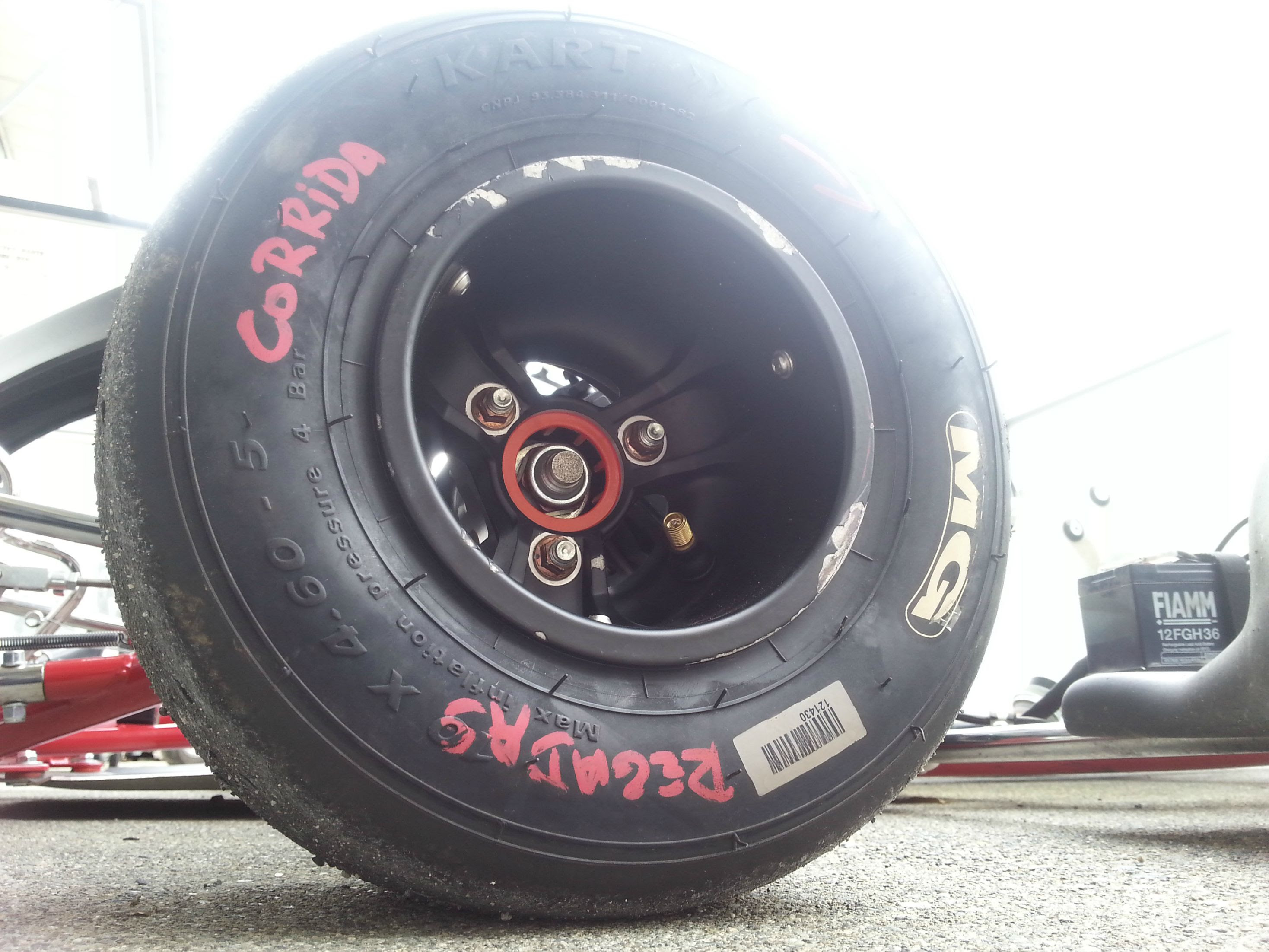 
Still not done with the toy that I said I'd post about in the last post. I'll actually post about it when I finish it. Or maybe not. I don't know if I'll ever bother fixing it.

Couple of new things. Various detail supplies that I hope to use over the summer. I'm still stuck with my PC 7424xp which is proving itself to be weak but reliable. For now I'll just relate it to my philosophy of driving; start with something slow as fuck and learn how to drive it fast as fuck before moving onto something fast as fuck. Rupes21 is tempting but I still have a ways to learn with compounding so I'm holding off for now.

I've purchased tickets to go to the Canadian Grand Prix from June 5-7th which I'm absolutely pumped for. I'm going with two close friends and we'll be sitting in grandstand 12 which is right beside the pit exit overlooking turns one and two. I need to stockpile some batteries for that trip.

Last weekend has been the only weekend since this semester started where I've looked back and not regretted spending time (and money) on useless shit. To be fair during the day I was either working or writing essays so whatever, but later on Saturday night Miguel, John, Eric, and Tim swung by my place and we went for a cruise, myself riding shotgun in Miguel's turbo SW20 and later driving Eric's EK9, 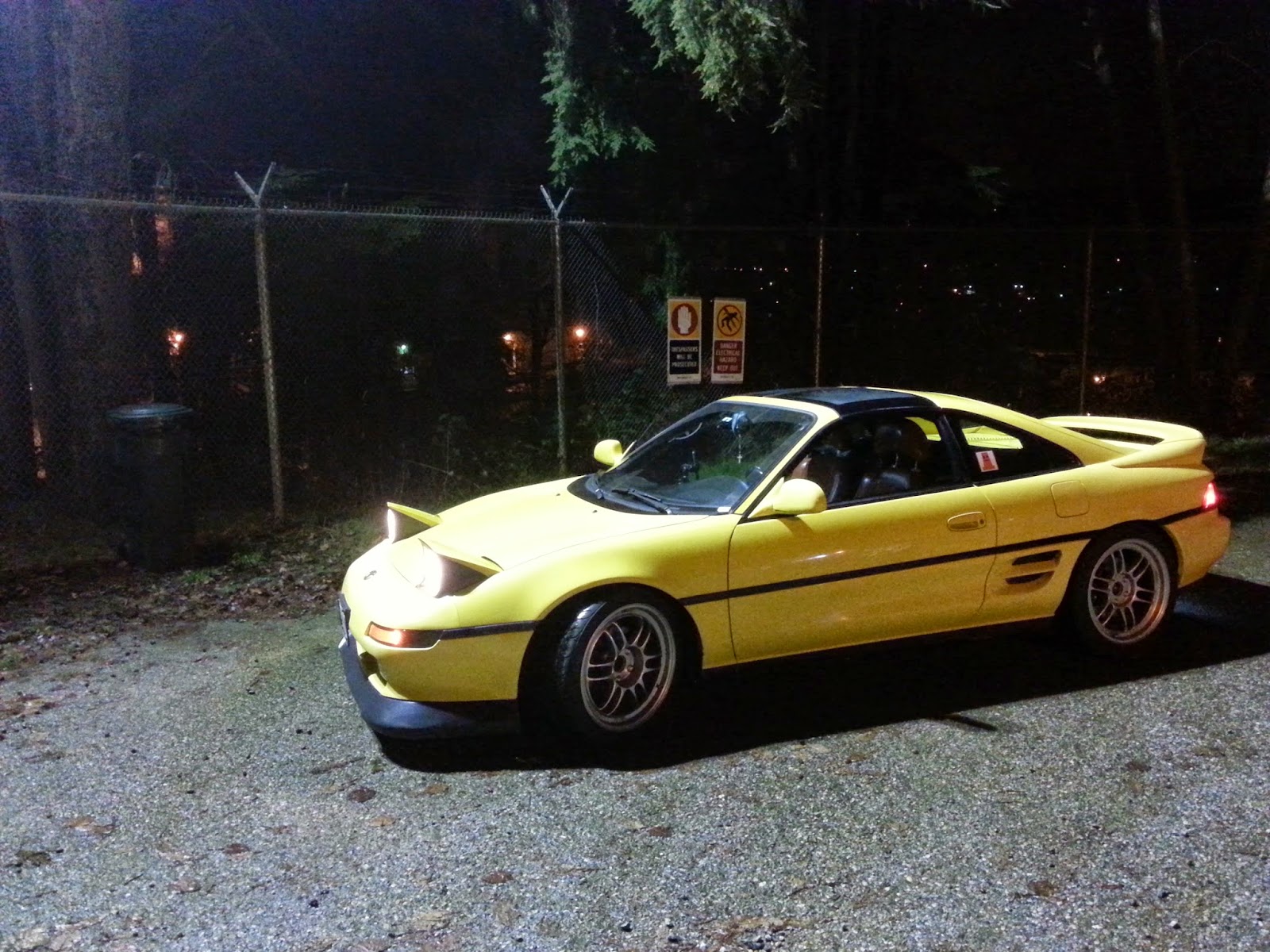 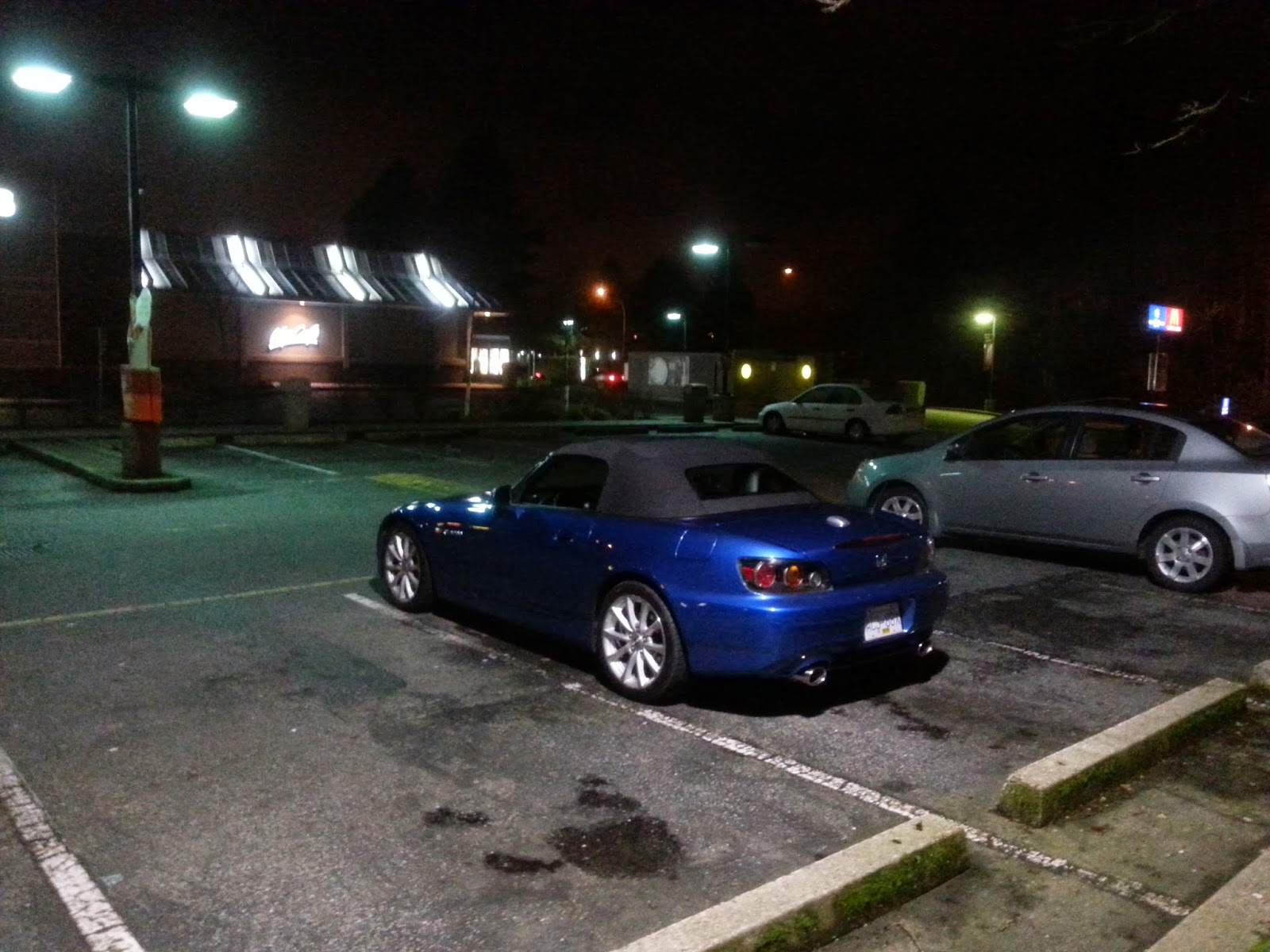 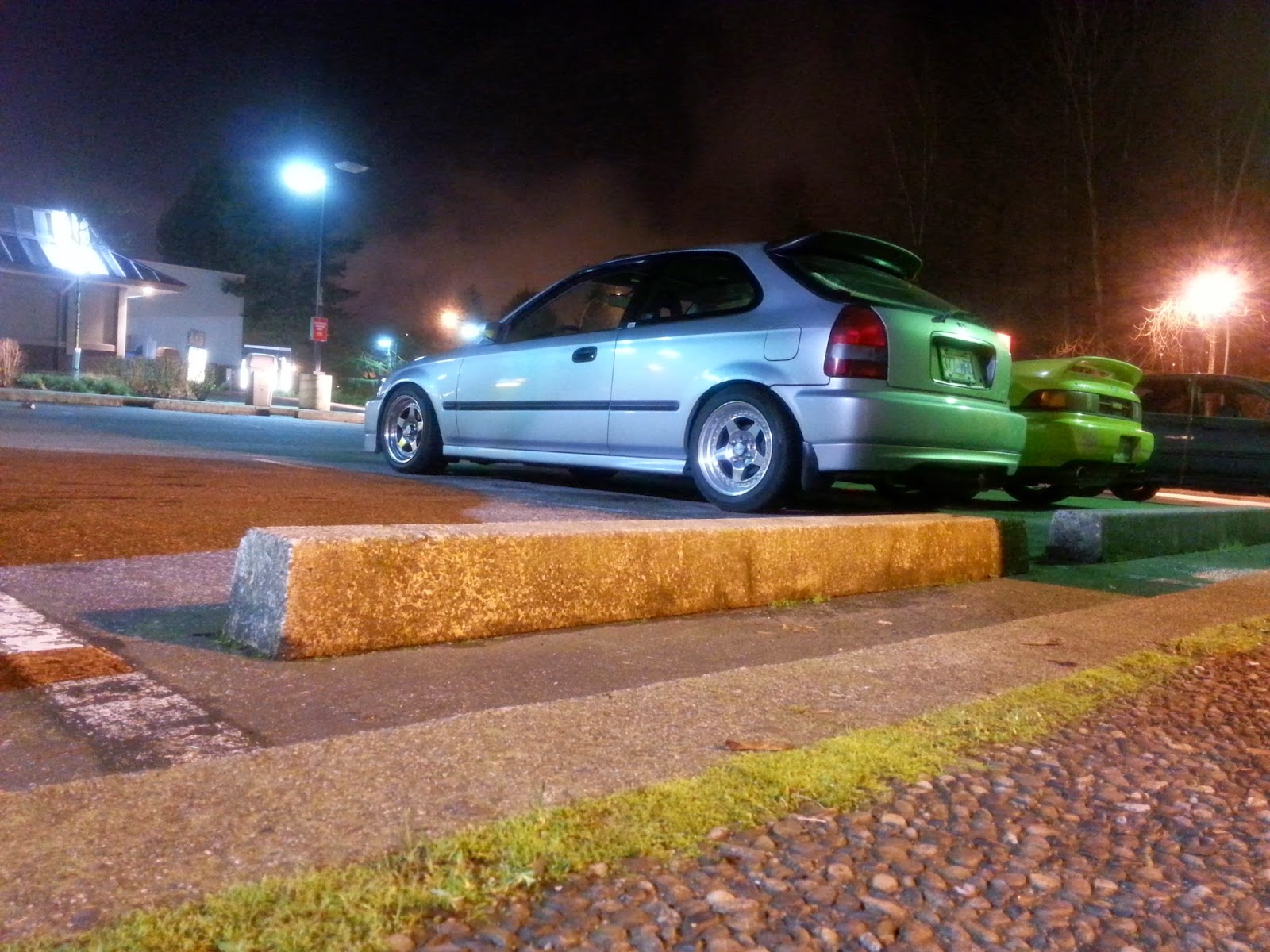 It was a good time even though riding shotgun with Miguel is enough to put you to sleep. Get some brighter lights, homes.

Sunday I went karting with the Dori-Kaze guys and had a blast (as always with karting). I've been trying to fend off the temptation to buy a kart but that's a whole different story... that I'm too lazy to tell.

Automotive situation. Hm. I'm not sure about this. I went through my stage of regret of selling my car a few weeks ago but snapped myself out of that pretty quick. I've sold off all of the remaining parts I had for my RSX sub two sets tires (fuck me) and stock suspension which I'll probably end up giving away. I keep telling myself that no matter what car I'll buy that I'll enjoy it - and I know I will. In that regard I've contemplated buying Eric's EK9 or buying a Miata or some shit. My worry is that I'll end up starting a gigantic money pit that I'll never get anything back on which scares me because I'm poor af. I still have my material urge to satisfy my twelve year old self and buy a CP9A which at this point is leading itself to be a better and better idea other than the fact that it will drive me into bankruptcy. I've also decided I'm going to own a 997 GT3RS 3.8.

In regards to the video. I get a little cynical watching sports cars and race cars on TV and the internets and not giving enough credit where it's due. 6:50 onwards that was not the case.

If you've made it this far without wanting to kill yourself - high five to you.

I'll post some life updates after Friday. I've bought myself a toy to entertain myself with over the break. 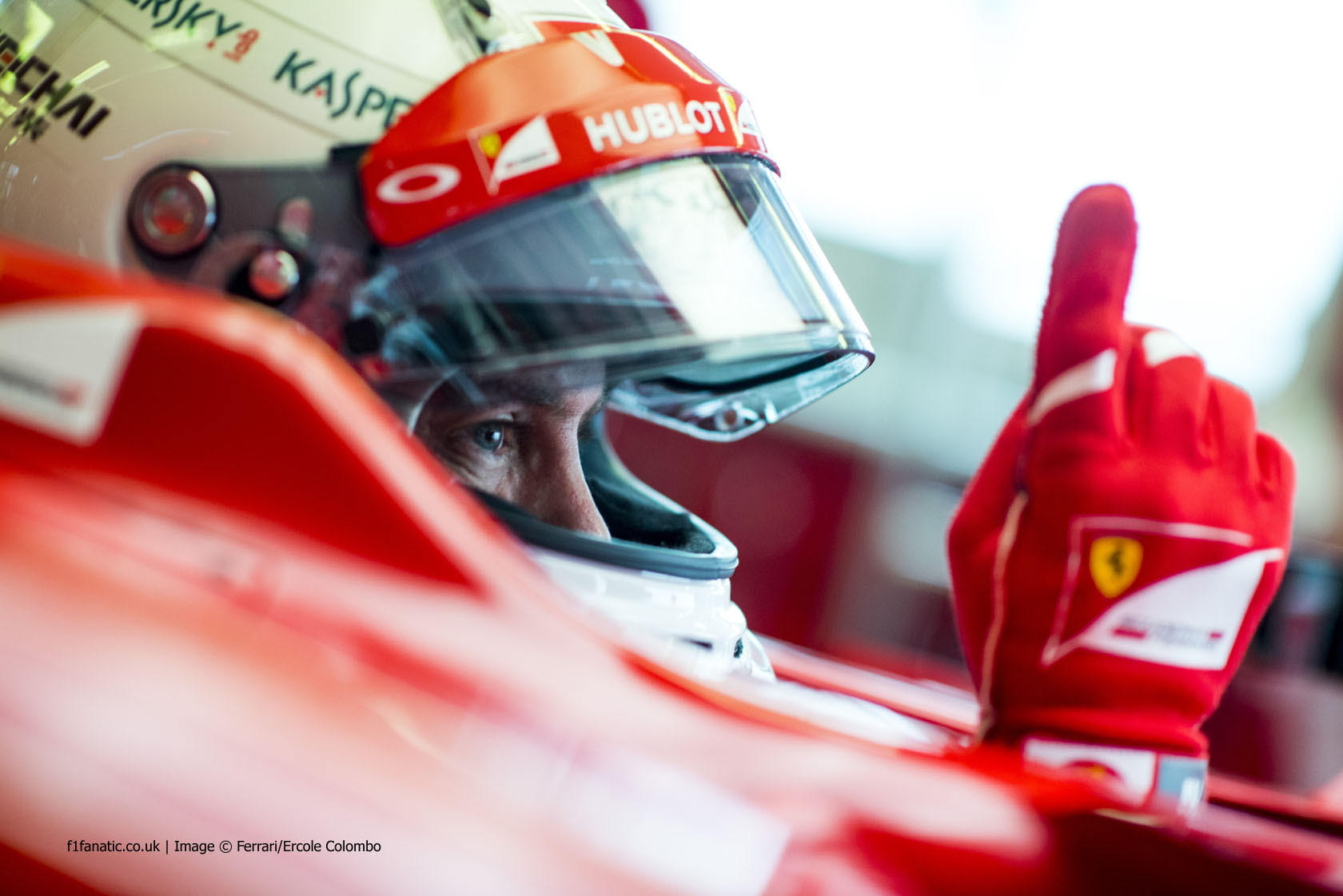 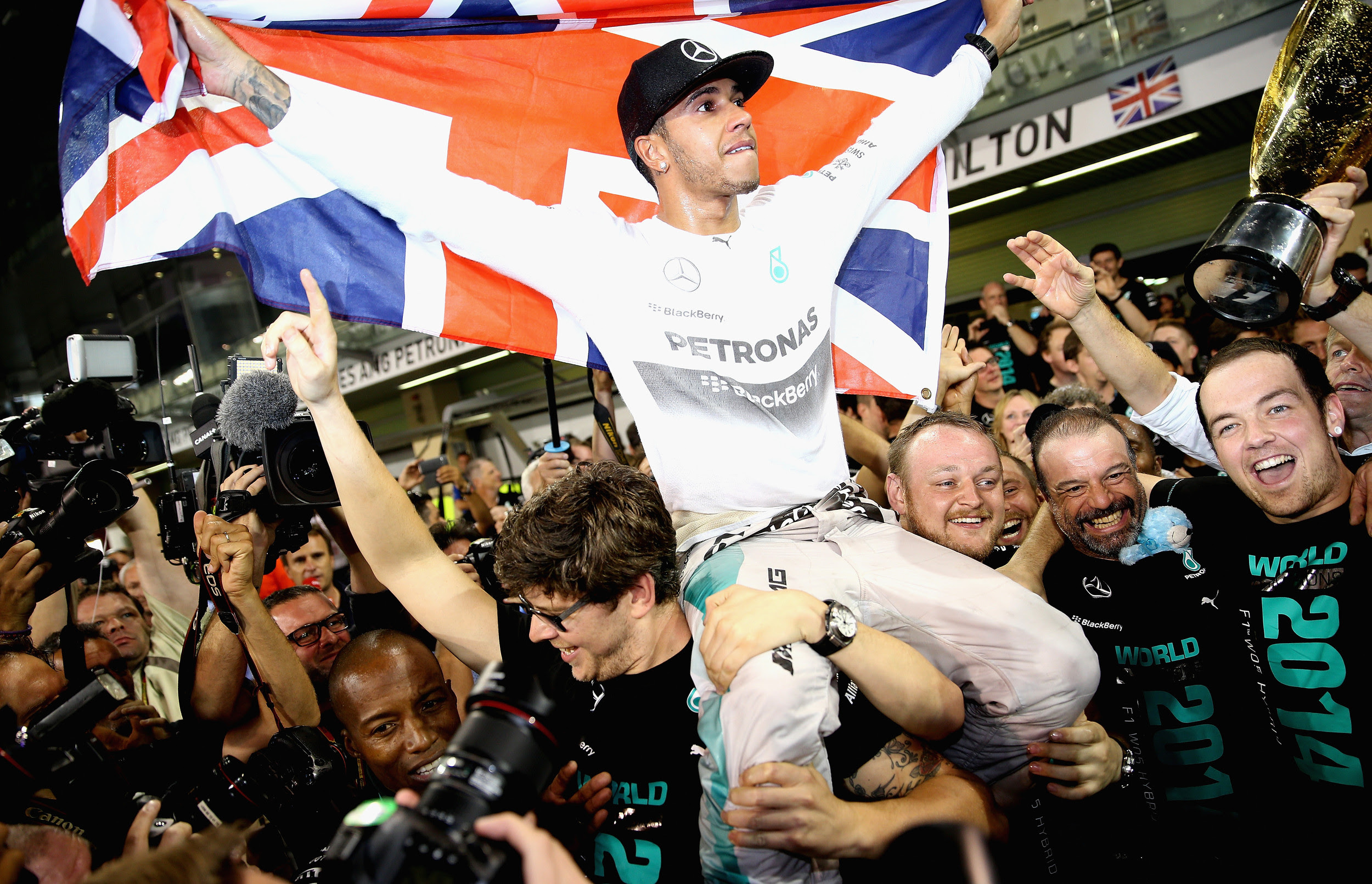 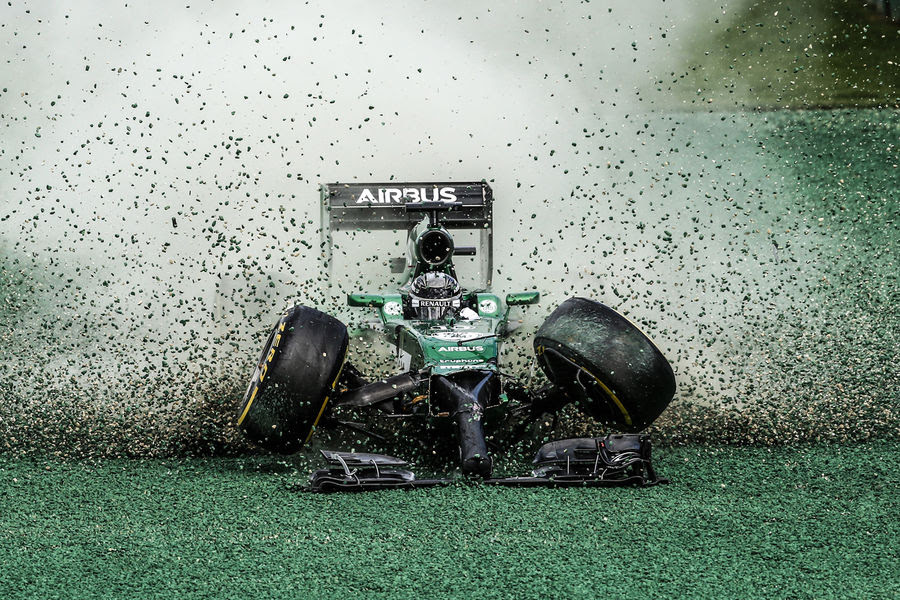 Treated with more care than most cars 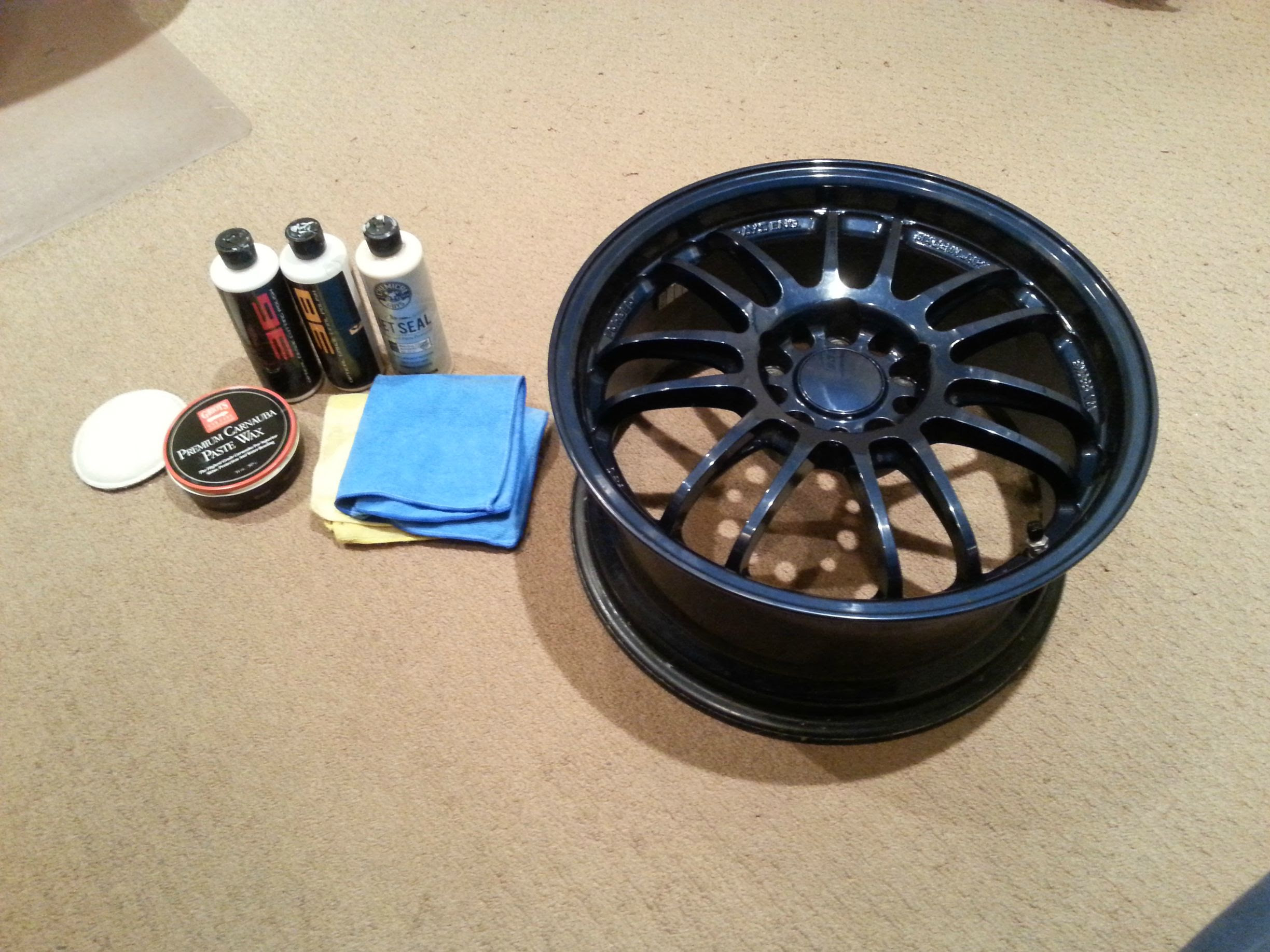 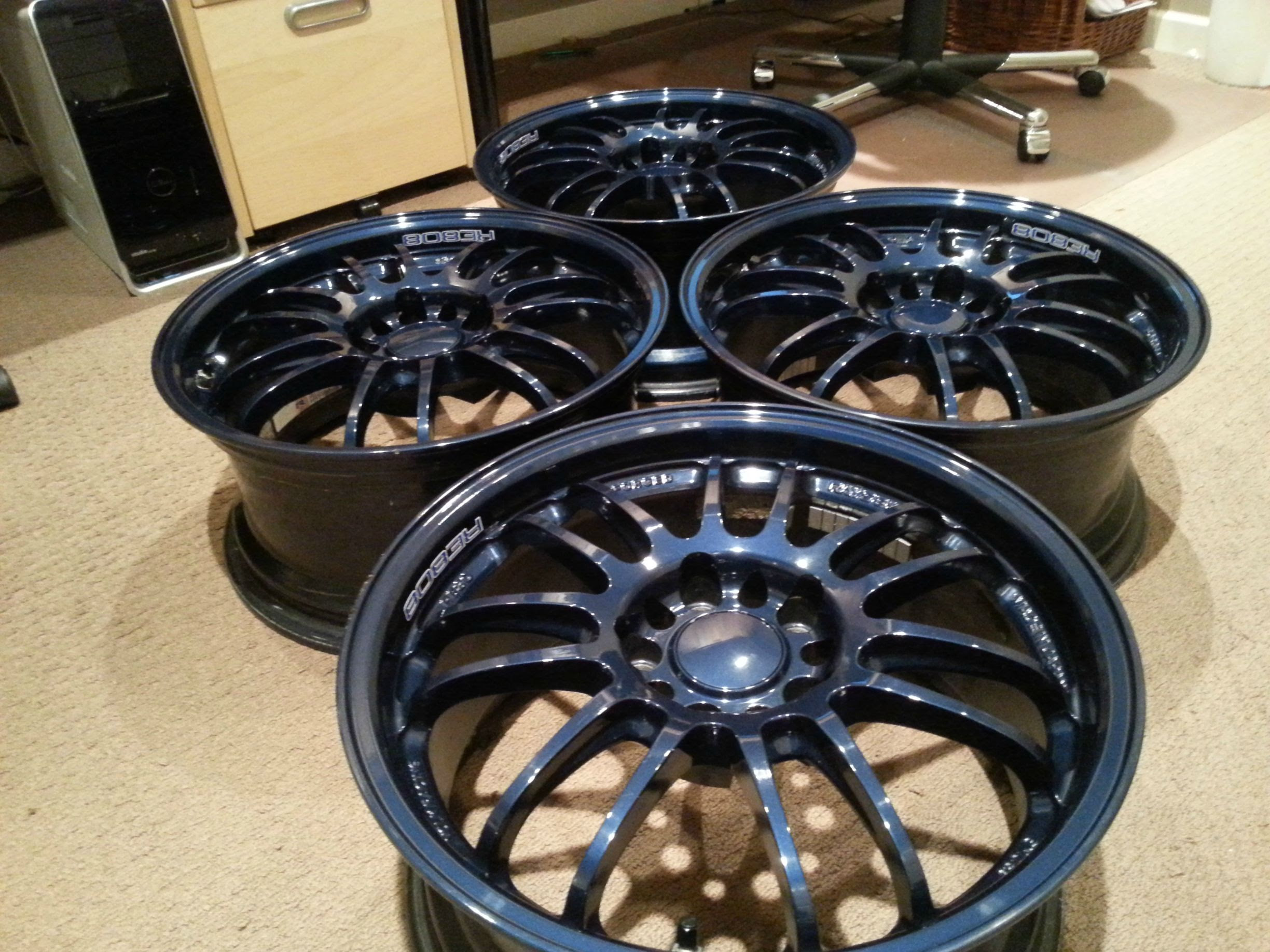 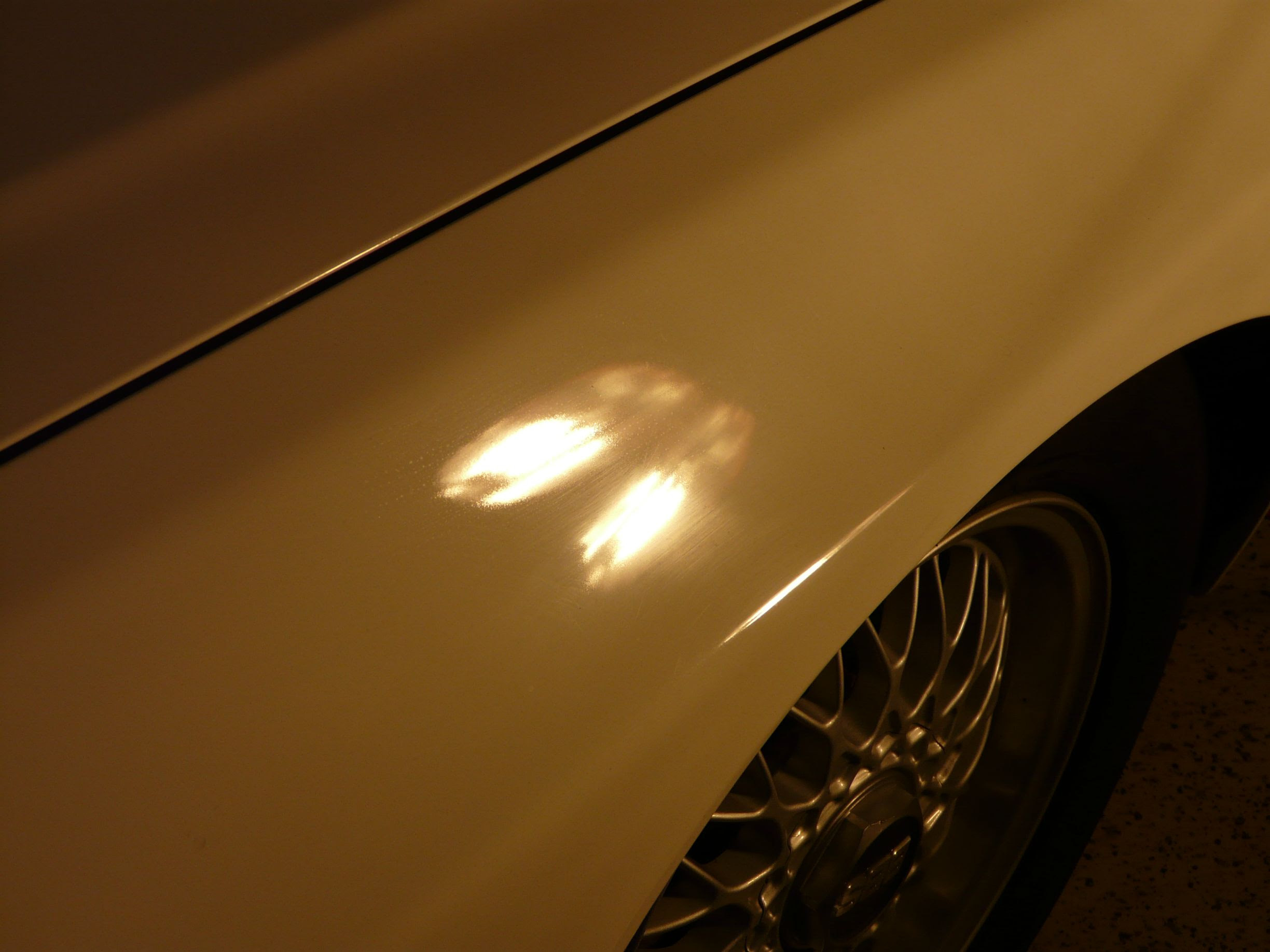 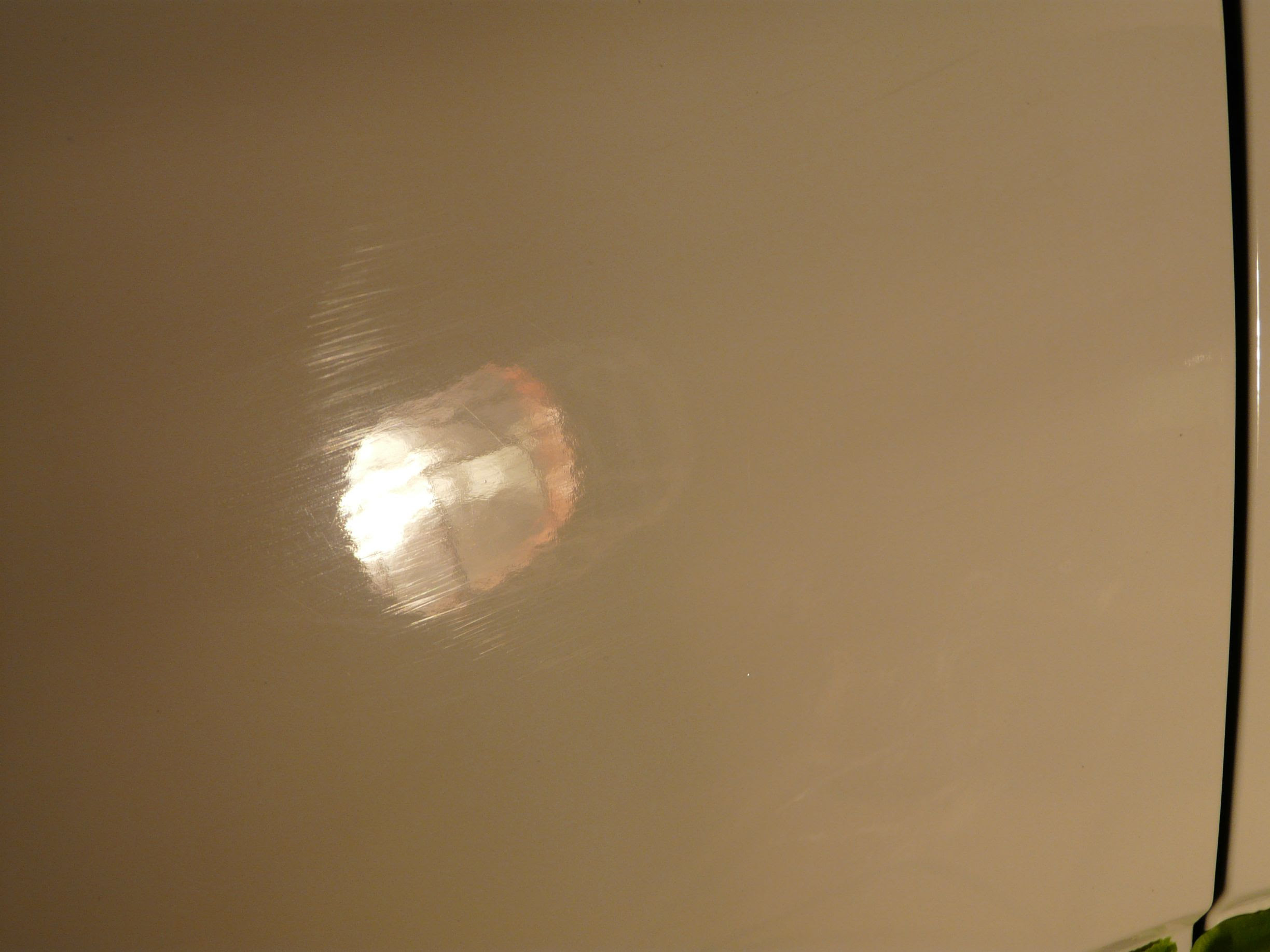 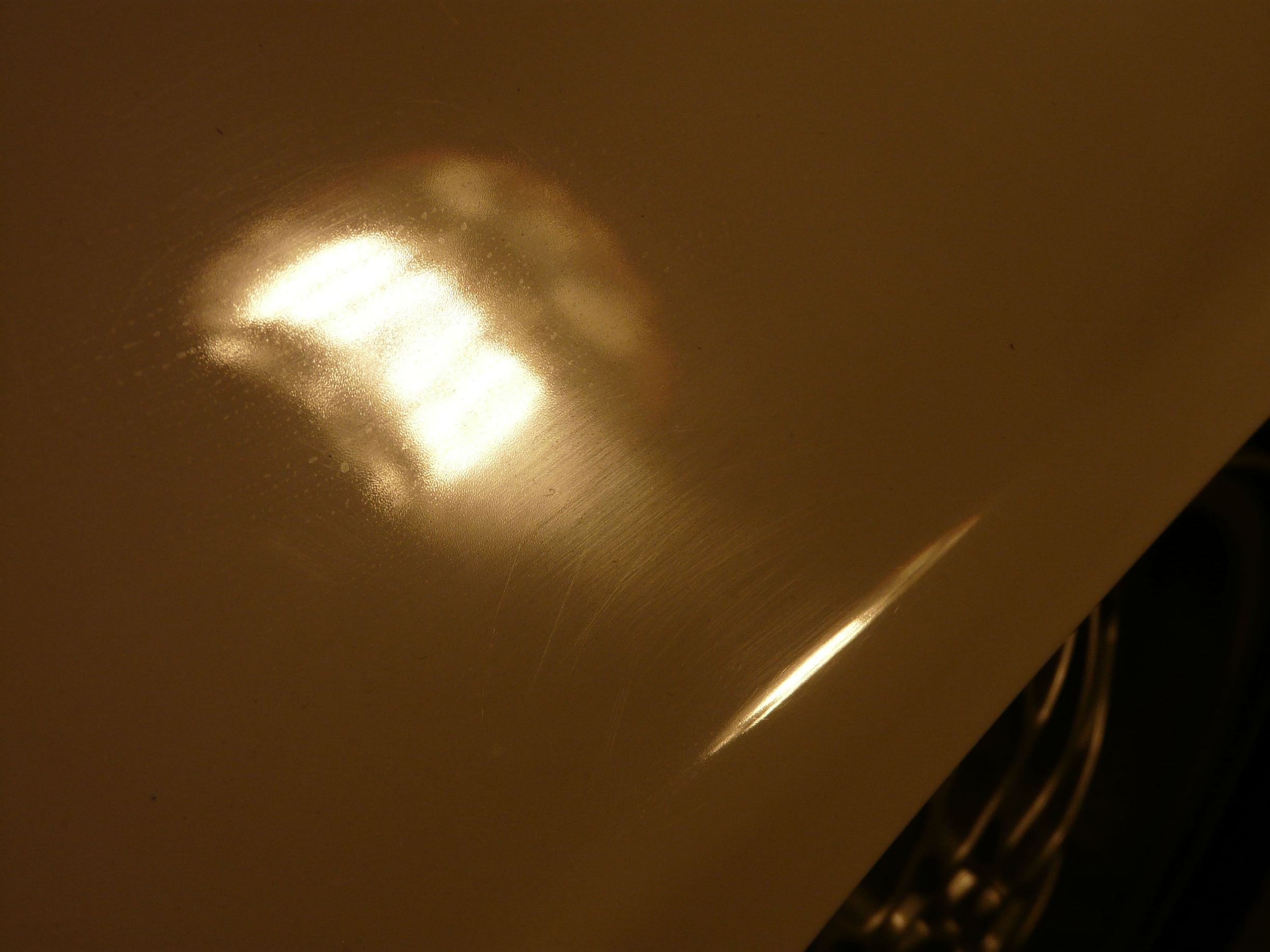 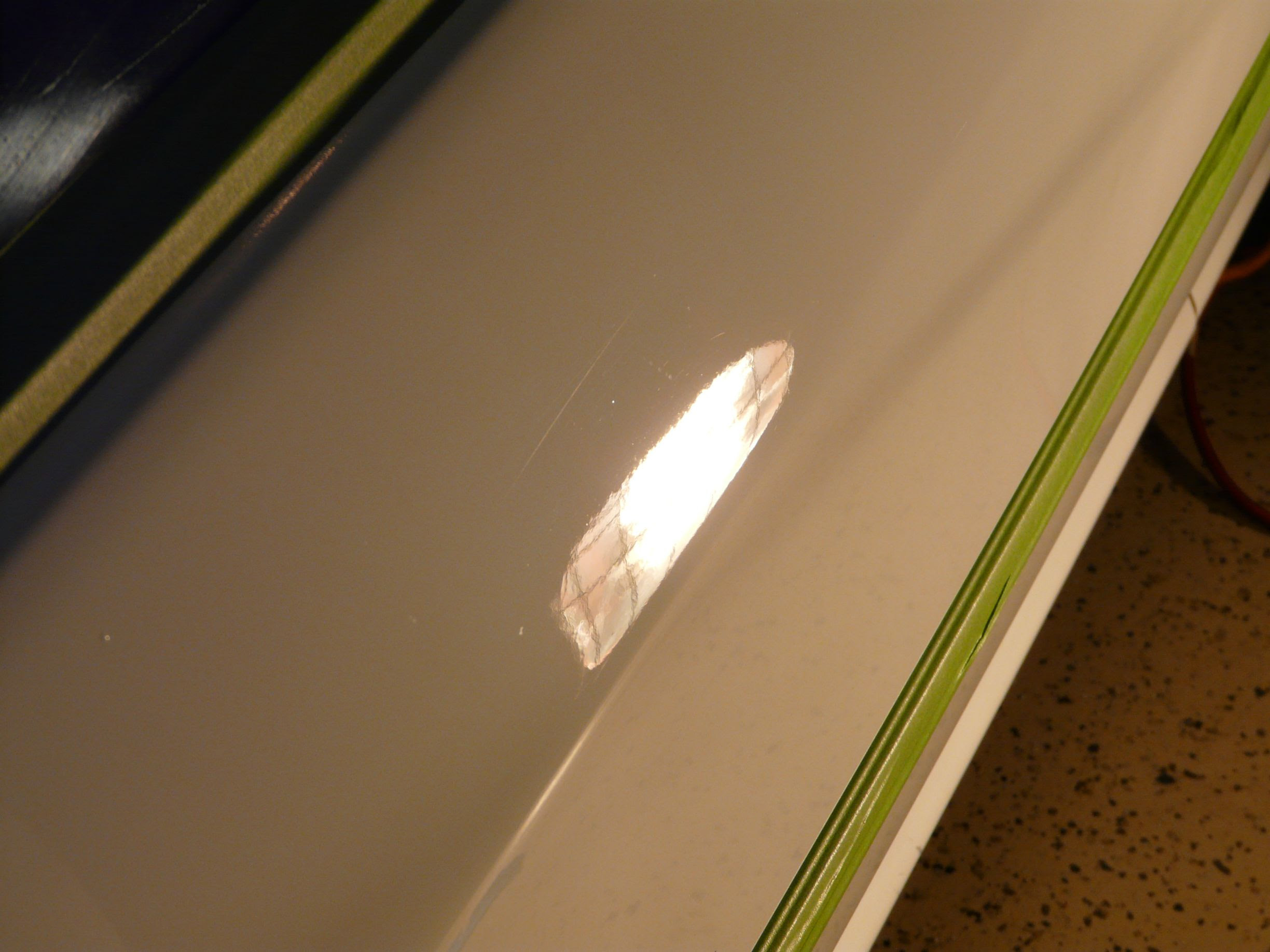 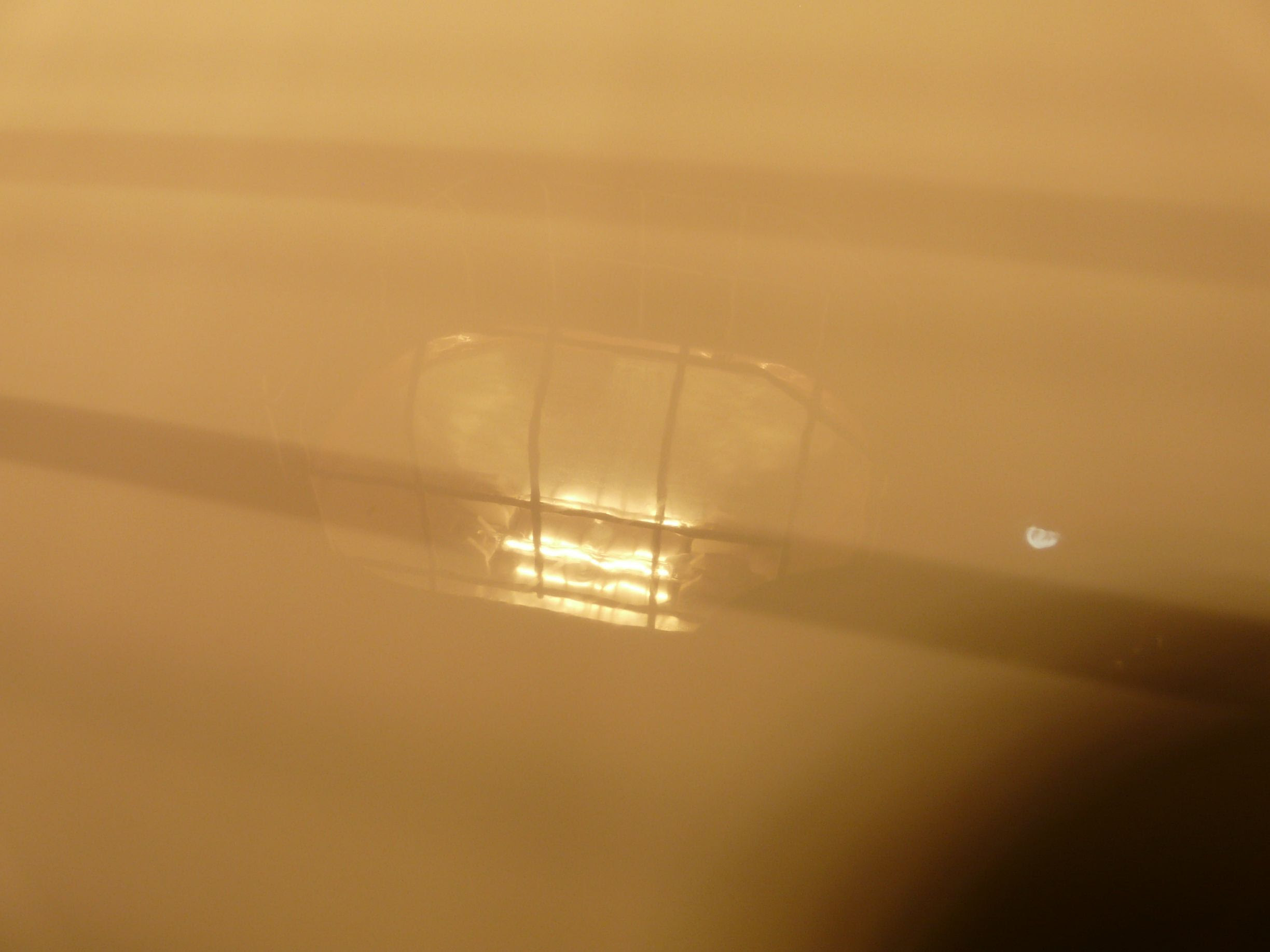 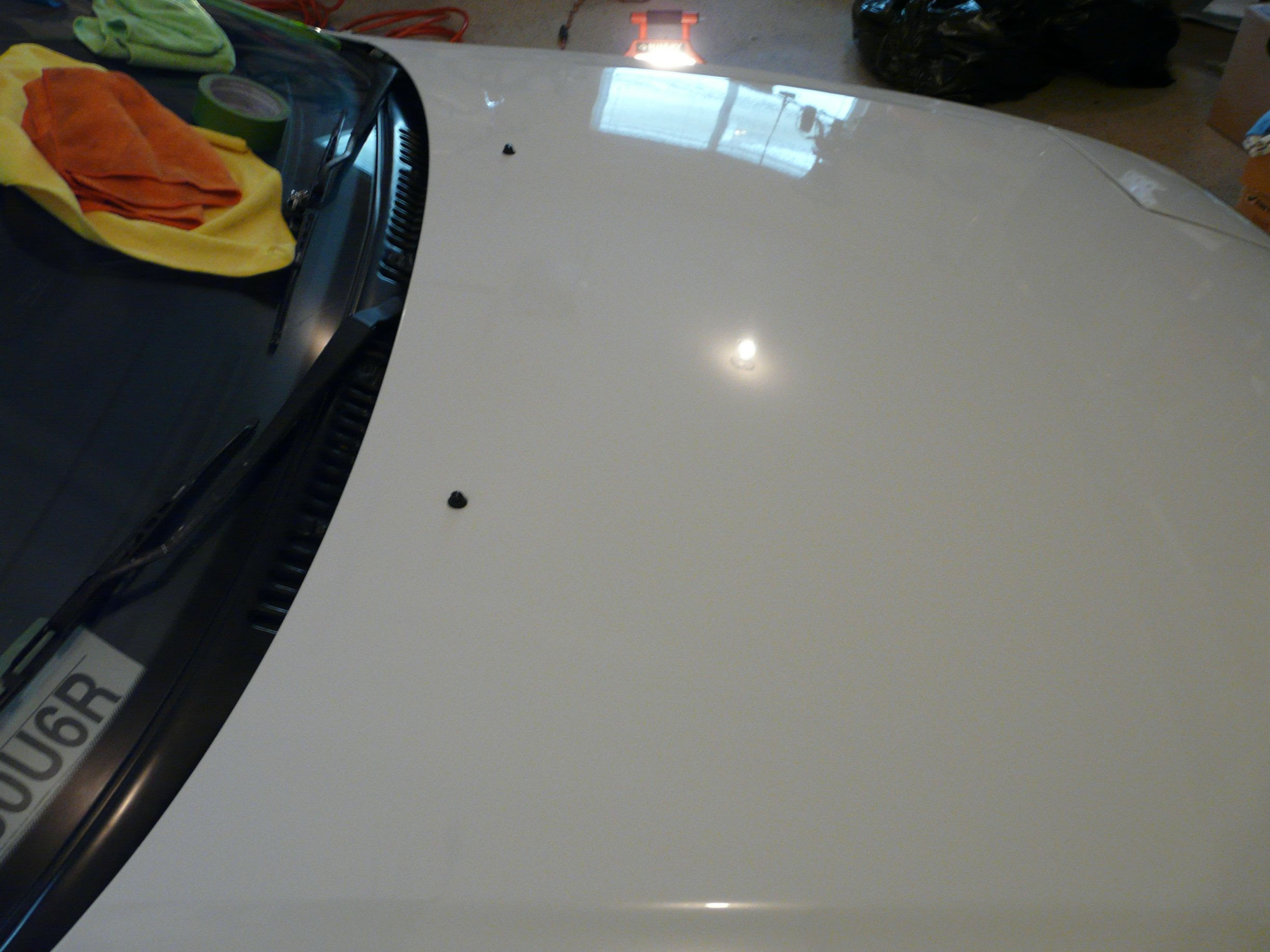 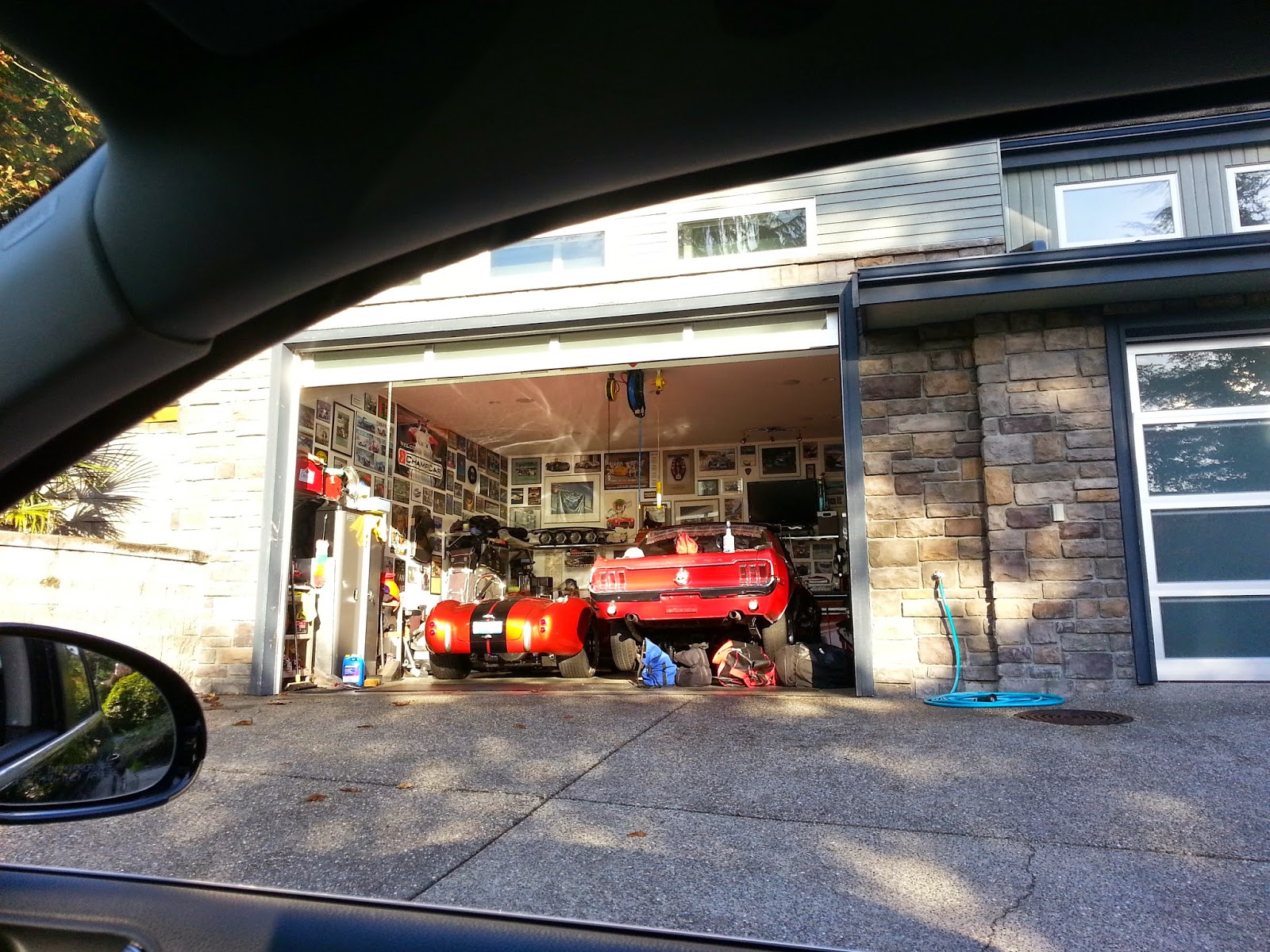 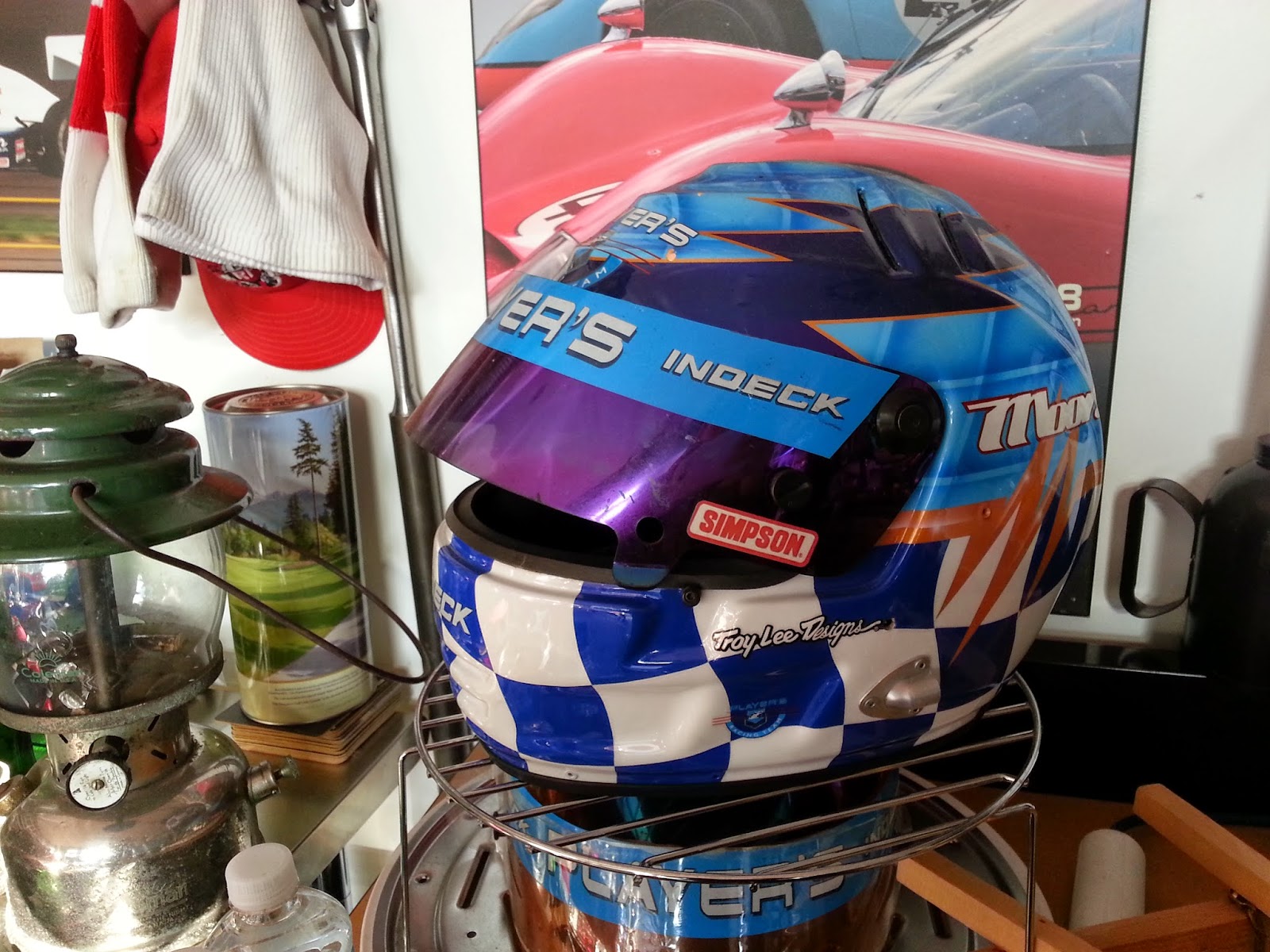 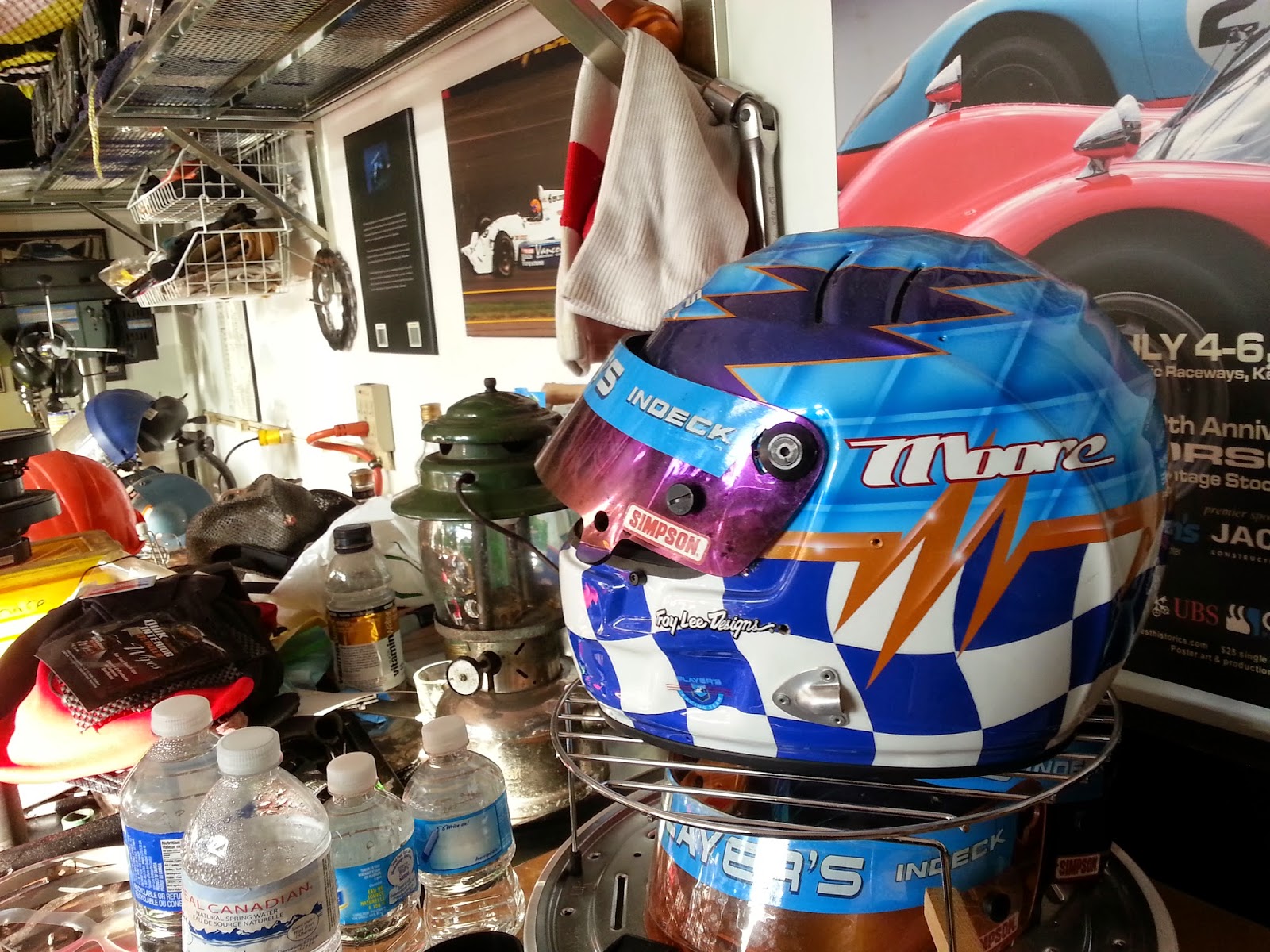 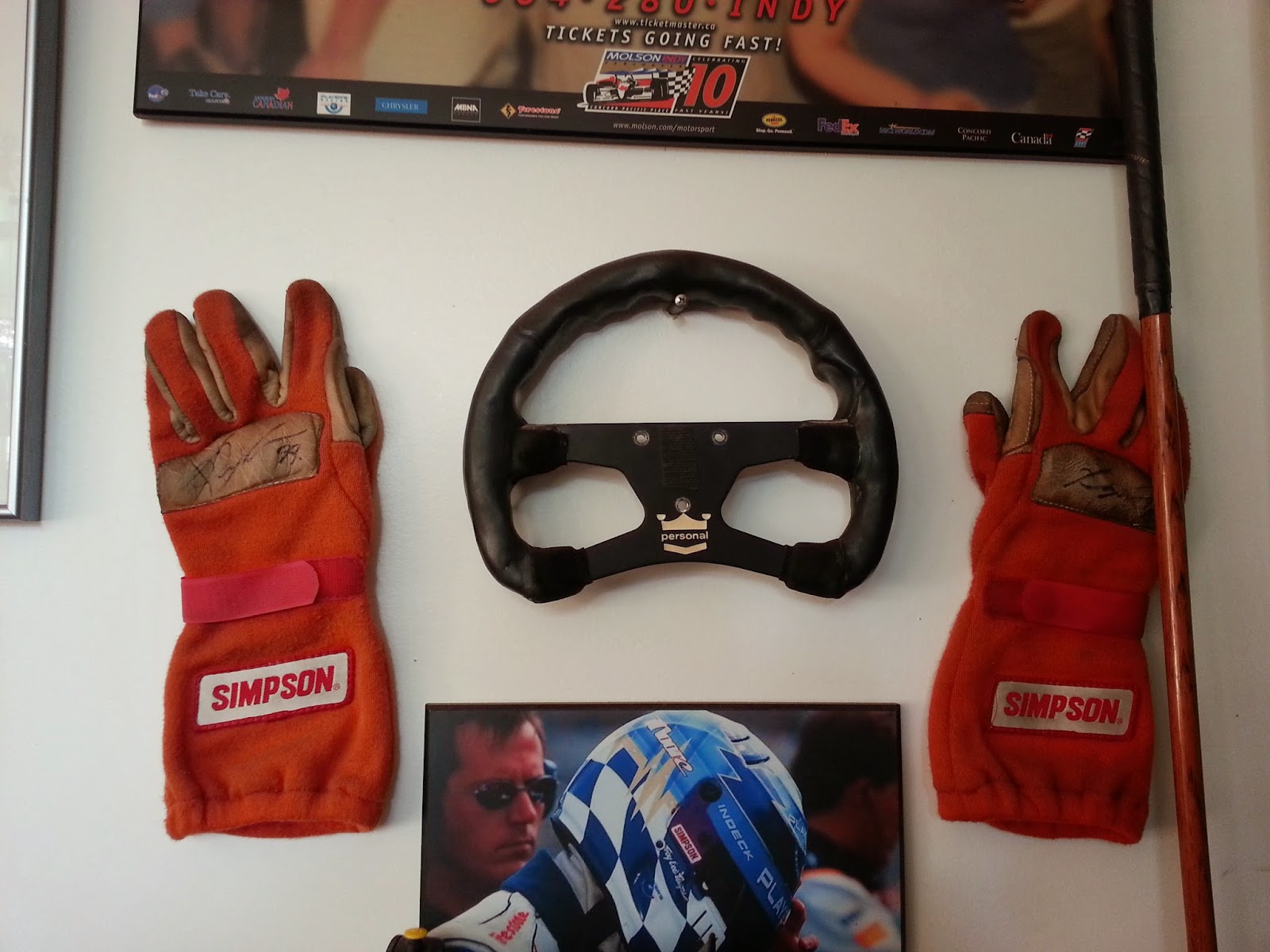 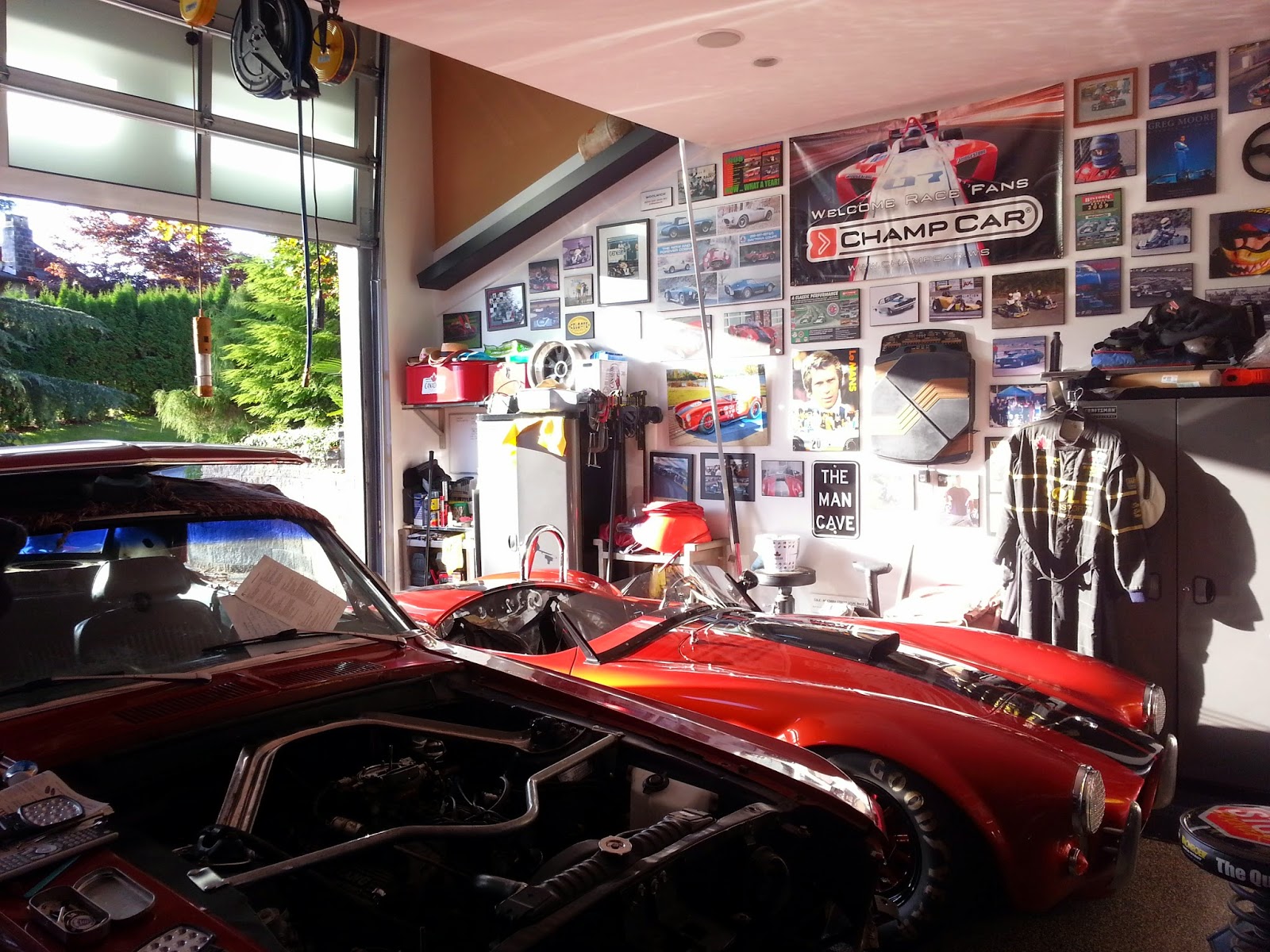 Inside one of my friend's garage.

The pictures speak for themselves. The owner's a die-hard race enthusiast. He was good friends with Greg Moore up until his passing years ago. The helmet, gloves, and wheel are all authentic gear used by Greg himself. There was another Mustang in the stall beside. The Cobra was built mostly in his garage over the span of several years. It's loud, driven hard, and thoroughly enjoyed.